Ships with postage & handling
to the above countries.

After the roaring success of the HalfLiner Kickstarter campaign, I wanted to create something I could send to my most generous backers as a thank you. I had created a ticket design to use in the front of the HalfLiner and wanted to try to leverage it here too. The original plan was to have it letterpressed with black ink and gold foil, but I came to this version eventually, which I feel is a much richer design.

The man in the poster is Grover Cleveland “Old Pete” Alexander, a pitcher who owns the National League record for shutouts with 90 and is in the Hall of Fame.

“I discovered the must-have baseball products of this gorgeous site. Love uncovering new brands like this.” 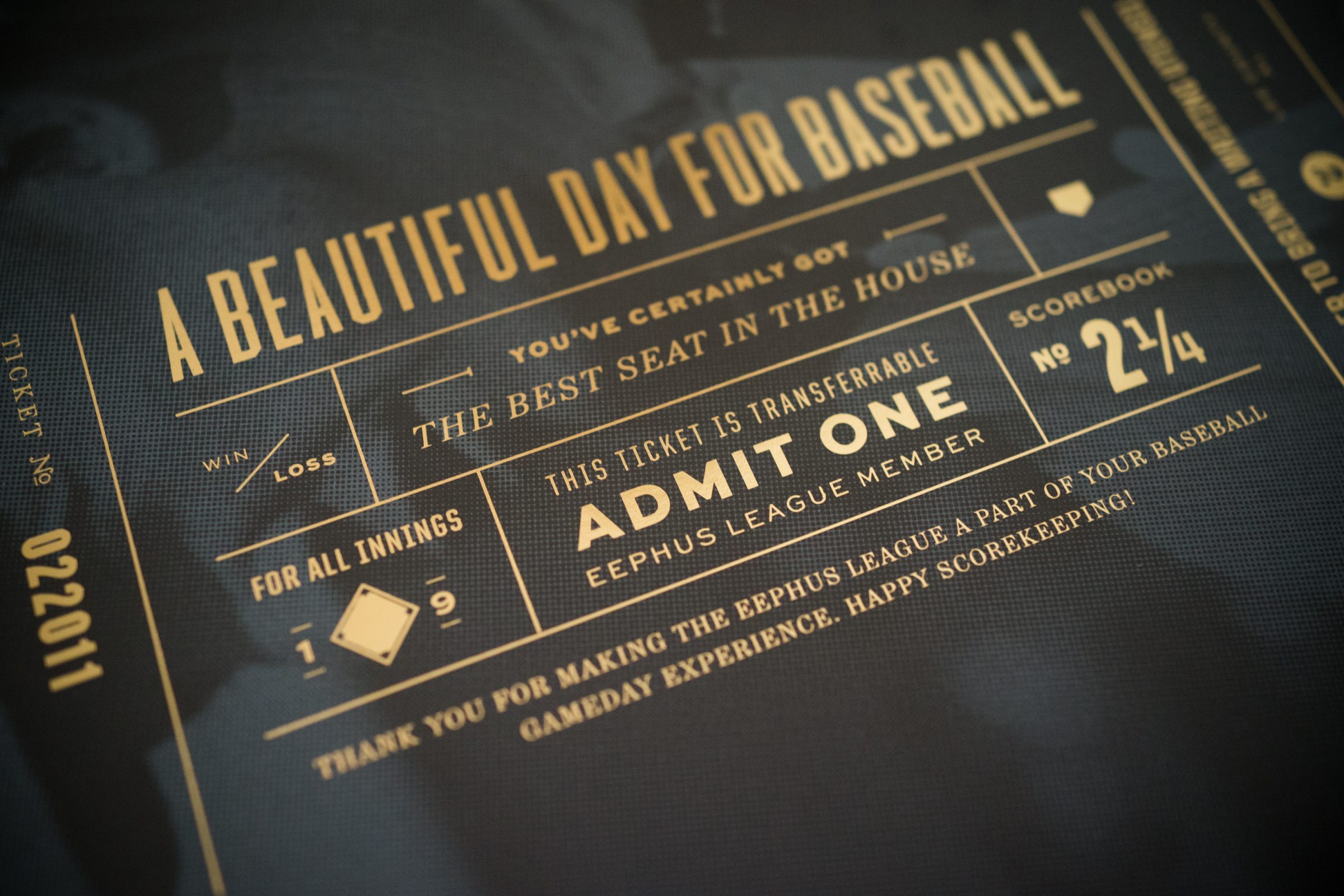